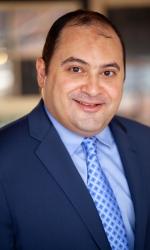 Dr. Beltagui is the current Secretary of Central California Psychiatric Society and Immediate Past President of the Central California Psychiatric Society - Kern Chapter. He is a member of the American Psychiatric Association and a Diplomate of Psychiatry through the American Board of Psychiatry and Neurology. He is currently in private practice. Before private practice, he was a Psychiatrist at Kern Medical and is a core faculty member for the UCLA-Kern psychiatry residency program. Prior to Kern Medical, he was serving as a Staff Psychiatrist at the Norfolk Regional Center in the Nebraska Department of Health and Human Services. Dr. Beltagui received his medical degree from the University of Alexandria. He completed his Residency in Psychiatry at the University at Buffalo (The State University of New York). He is licensed to practice in California, New York, and Nebraska.