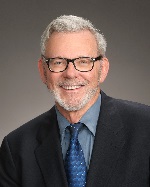 A bit of historical perspective first. Psychiatric emergency mobile team response is a paradigm almost as old as the Lanterman Petris Short Act.

The LPS was established in statute in 1967. The LPS codified the 5150 statute, conservatorship proceedings, and other due process processes. Most state operated hospital beds closed. Community based treatment programs were supposed to well up to take their place and be the dominant treatment paradigm.  Community mental health clinics didn’t materialize in the promised numbers. Shortly thereafter, individuals released from state operated hospitals in the best of cases did quick touch ins with the community clinics and started appearing in county jails, then prisons, and then in the limited state operated hospital beds in a revolving cycle. In many cases these individuals had public meltdowns and were arrested.

Criminalization of the severely and persistently mentally ill, and their descent into homelessness have become a defining issue for the public and policy makers 50 years later. Witness the sprawling litter of campsites on city streets in virtually all  major metropolitan areas. There is our problem. Not all solutions or thoughts about solutions promise complete or immediate relief.

But is that realistic? Probably not.

Or, in other cases of violent aggression: is there a weapon, has someone been beaten, property destroyed, are there threats to commit grave bodily harm, so you feel frightened for your safety? In which case law enforcement is dispatched.

Based on the responses received to questions like these, dispatcher’s job is to route the appropriate first responder. When untrained law enforcement responds to a mental health call there is a 17 times greater likelihood that the encounter will degenerate into a violent encounter, and the severely mentally ill person will be injured or killed compared to individuals who aren’t mentally ill or when those with mental illness encounter trained police officers.

A 988 number for mental health emergencies as an alternative to dialing 911 makes sense from this perspective. Yet, the critical up-front question is who decides? The caller at the other end of the phone talking to a counselor/dispatcher on the 988 line may be misinformed, unclear, biased. A trained counselor, albeit trained to a paraprofessional level, operating as a facilitator of treatment engagement may don the dispatcher role yet may lack sufficient training to make a public safety threat assessment and a clinical team may be dispatched to a gunfight. Is that better or worse than dispatching untrained police officers? Is training some, or all, police officers, being neglected as a potential solution? How do you blend these two models?

These and other questions complicate the ongoing debate on how best to develop a comprehensive psychiatric emergency response system in California. Discussions about a 988 line in California are ongoing. It seems all but certain that California will operate a 988-call system in later 2022! Will it happen with the input of psychiatrists?  That is the question! Please email me at thagar@capsychiatrists.com with your thoughts.