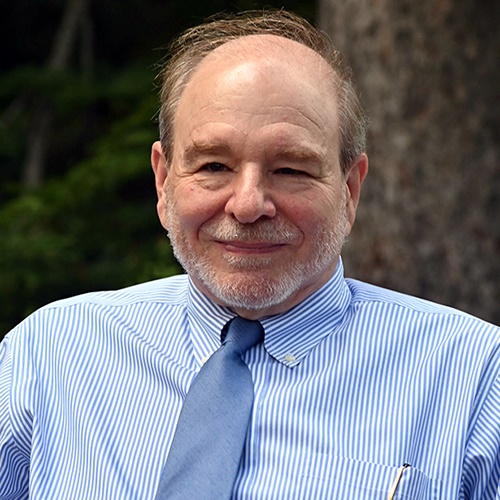 We live in interesting times when it comes to access to treatment for mental and substance use disorders. Both the president and surgeon general recognize that there is a national crisis in mental health, shameful health disparities in access to care persist, and a recent Department of Labor review of over 150 insurance companies’ parity compliance revealed inadequate implementation of the Mental Health Parity and Addiction Equity Act 14 years after it became law (https://www.dol.gov/sites/dolgov/files/EBSA/laws-and-regulations/laws/me...). Despite the clear need for improved access to care in treatment of mental and substance use disorders, a 3-judge panel of the Ninth Circuit Court of Appeals recently overturned the landmark verdict in Wit v. United Behavioral Health (UBH) on an apparent misunderstanding of the arguments in the case. As psychiatrists, we have an interest in voicing our concern about this outcome, which can only exacerbate the above problems.
For those unfamiliar with the case, Wit is a federal class action addressing the restrictive access to care guidelines used by UBH to determine the need for outpatient, intensive outpatient, and residential treatment. Given my experience serving as expert in adult psychiatric disorders in Wit, I have followed how the case has unfolded.
In his more than 100-page penalty phase verdict, Ninth District Court Chief Magistrate Judge Joseph Spero laid out the details of his finding that UBH breached its fiduciary duty to its insureds by allowing its finance department to impose overly restrictive access to care guidelines that limited treatment to mere crisis stabilization, which Judge Spero found to be inconsistent with generally accepted standards of care (Wit v United Behavioral Health, No 14-cv-02346-JCS, ND Calif, March 5, 2019). In the similarly lengthy penalty phase verdict, Judge Spero required UBH to reprocess nearly 70,000 claims, imposed a 10-year injunction against UBH, assigned a Special Master to oversee training of UBH employees in their fiduciary duty and in the use of access to care guidelines consistent with generally accepted standards of care that are developed by nonprofit professional societies (https://casetext.com/case/wit-v-united-behavioral-health-12).
Former US Congressman Patrick Kennedy called the verdict a “game changer” in implementation of the mental health parity law. If extended beyond UBH to other ERISA plans, to other commercial insurance, and to Medicare and Medicaid, the verdict would not only advance implementation of the parity law, but also reduce shameful health disparities. Psychiatrists, other mental health professionals, consumer organizations, and the general public recognize these as laudable goals that are objectively responsive to the current crisis in mental health.
UBH appealed the verdict to the Ninth Circuit Court of Appeals, where a 3-judge panel issued a brief verdict that scarcely mentioned the clinical issues involved or the evidence at trial, found no flaws in the plaintiffs’ clinical perspective, but issued a decision overturning the verdict in Wit based on a technicality. That is, the panel concluded that, just because a treatment is within generally accepted standards of care, an insurance company does not have to cover it. However, the Wit plaintiffs never argued that UBH was required to cover all treatments consistent with generally accepted standards of care. Rather, they argued that UBH was bound by its plans and state laws to make medical necessity determinations that were consistent with generally accepted standards of care when evaluating such indisputably covered services as outpatient, intensive outpatient, and residential treatment. The appellate panel essentially endorsed corporate finances overriding generally accepted standards of care that are defined by nonprofit professional organizations. This is a puzzling perspective. On the medical/surgical side, it is comparable to an insurance company finance department adopting treatment guidelines to cover only non-surgical treatments for acute appendicitis as a cost saving measure.
This decision is not only puzzling but undercuts full implementation of the mental health parity law, fails patients, and has the potential to aggravate shameful health disparities. Plaintiffs’ attorneys have filed a request for an “en banc” rehearing before the entire 29-member Ninth Circuit Court of Appeals, citing multiple examples of why the decision is flawed (https://www.zuckerman.com/sites/default/files/2022-05/Wit_Rehearing_Peti...). The APA, AMA, other professional organizations, NAMI, California and several other states have filed strong amicus briefs supporting the request for rehearing, but this is an uphill struggle. Requests for rehearing are infrequently accepted. However, public awareness and concern about the nationwide implications of a decision like this can increase the likelihood of an en banc review.
Fortunately, even if the overturning of the verdict stands, California law already requires that access to care guidelines be based on generally accepted standards of care developed by nonprofit professional societies. This reflects California’s national leadership role in such matters. Most other states are less fortunate, though Oregon, Illinois and a handful of others have followed California’s lead.
There is, though, still another crucial leadership role for California psychiatrists to play in supporting the request for an en banc rehearing by the entire Ninth Circuit Court of Appeals. You can use your professional and personal voice in civil discourse about the importance of the original verdict in Wit in addressing the nation’s mental health crisis, fully implementing the mental health parity law, and reducing shameful health disparities nationwide. You can emphasize the impact of the reversal of the verdict by noting the comparison to insurance company exclusion of nonsurgical treatments of acute appendicitis or myriad other examples of how unacceptable this stance would be in treating medical disorders.
The time to act is now. Letters to the editor, social media posts, consciousness raising among colleagues and consumer groups, and other steps consistent with our professionalism, are opportunities to create public awareness and concern about the 3-judge panel’s decision and the importance of an en banc review. This colleague from Massachusetts hopes California psychiatrists will use your voices.
Reference:
Plakun EM. Improving access to psychotherapy: implications of Wit Versus United Behavioral Health. Journal of Psychiatric Practice. 2021;27;199–202
Category:
CCPS News