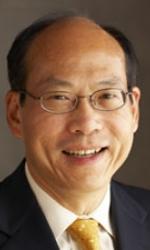 Emeritus, at the University of California, Davis.  As a Distinguished Life Fellow of the American Psychiatric Association (APA), Dr. Lu has contributed to the areas of cultural psychiatry including the interface with religion/spirituality, psychiatric education, diversity/inclusion, mental health equity, and psychiatry/film. He has presented at every APA Annual Meeting since 1984. From 2002 to 2019, he served on the APA Council on Minority Mental Health and Health Disparities. He was awarded APA Special Presidential Commendations in both 2002 and 2016 for his contributions to cultural psychiatry and in 2020, he received the APA Distinguished Service Award. In 2008, the American Psychiatric Foundation awarded him an Advancing Minority Mental Health Award, and the Association for Academic Psychiatry awarded him its Lifetime Achievement in Education Award. In 2020, the Society for the Study of Psychiatry and Culture awarded him the Lifetime Achievement Award.