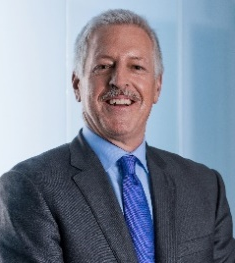 CCPS has joined the California State Association of Psychiatrists (CSAP) and will now be partnering with the other four California district branches of the American Psychiatric Association on legislative and regulatory matters. CSAP is now fully established in state public policy making circles through the strength of its membership (now thousands of psychiatrists strong!) and through the services provided by the ten lobbyists at Shaw Yoder Antwih Schmelzer & Lange (SYASL). Governor Newsom and his key staff, legislative leaders on behavioral health policy (such as Senators Wiener and Eggman), and other influential advocacy groups such as the Kennedy Forum and Steinberg Institute all now recognize CSAP and SYASL as the voices for organized psychiatry in California.

There are three SYASL lobbyists principally working on CSAP issues: Paul Yoder, Andrew Antwih and Priscilla Quiroz. With decades of experience, this powerhouse team brings an intimate understanding of policymaking, with a proven track record of integrity, professionalism, and success. Paul Yoder, who is the lead lobbyist for CSAP, has been advocating on behavioral health issues for over thirty years and has “seen it all” during his career – from the original 1991 Realignment of mental health services to the counties to the enactment of recent parity-related legislation SB 885, SB 221 and now regulations under development at the Department of Managed Health Care. With conservatorship reform such a hot topic right now in the Legislature (Senator Eggman introduced nine bills, all of which are co-sponsored by CSAP), Paul’s experience in collaborating with Senator Wiener on the last successful conservatorship pilot legislation for San Francisco, San Diego, and Los Angeles Counties, has been vital.

SYASL was founded in 1978 and still retains its first client. SYASL is perennially ranked among California’s Top Ten advocacy firms, and its lobbyists annually rank in Capitol Weekly’s Top 100 Influencers in California. SYASL is also one of the few firms in California that not only provide both advocacy and association management (the day to day running of statewide organizations) but both at such an elevated level and seamlessly. SYASL is also one of the few firms that can sponsor and defeat legislation and also work both the legislative process as well as the state budget process.

One of the advantages to SYASL is that they also work for over twenty counties in California and several large cities (Los Angeles and San Francisco), which produces a deep understanding of how the public behavioral health system works, and the intersections with private practice psychiatry as well as the challenges that cities face in addressing homelessness, especially the mental health and substance abuse issues that can be so prevalent in this population. SYASL (mainly Andrew) also does contract advocacy work for the California Medical Association, which provides CSAP and now CCPS with a deeper understanding, a more “inside baseball” perspective, on pressing medical issues in California. Lastly, for years, the firm (Priscilla) has represented the California Academy of Child and Adolescent Psychiatry (Cal-ACAP), which is currently sponsored SB 528 (Jones).

Paul Yoder is always available to all members of CCPS. His email is paul@syaslpartners.com. Members who have already reached out to Paul and his team will tell you how happy and impressed they have been with the information provided on the spot as well as the follow up from the SYASL team. SYASL worked tirelessly to reunite the five California district branches and to restore a unified, truly statewide voice for psychiatry in California.

All CCPS should now receive the CSAP Newsletter every Friday. If you have not received it, please contact Chris Stockton immediately. If you have comments or suggestions for the newsletter, just contact Paul Yoder.

CCPS members will definitely want to check out the CSAP website, which is updated every week and includes in a very transparent and useful way the letters that the association has sent on various topics, especially bills as they move through the legislative process.

CSAP is a transparent, democratic, and inclusive organization. These are critically important times for psychiatry in California, and CCPS rejoining the other four district branches in CSAP could not come at a more crucial time. CSAP has readily embraced the immediate participation of CCPS members in advocacy and governance decisions, and looks forward to all five district branches moving forward productively together.